The Euclidean Attractor in Trading

The Euclidean Attractor is a fundamental model for managing timings and achieving optimal entries. We will divide the explanation of its operation into three parts for its perfect use. They are as follows:

The identification of pivots has a simple procedure since it is about deciphering the price behavior when it has created a movement in one direction or another.

They are determined by decreasing lows and highs for a bearish pivot and increasing highs and lows for a bullish pivot.

Anyway, all this is better understood with some price charts. Let’s look at an example of a bullish pivot:

From the moment the last pivot (looking at its decreasing maximums) is broken in the opposite direction, a bullish movement will have been generated (see the point indicated with a green arrow).

Similarly, here is an example of a bearish pivot: 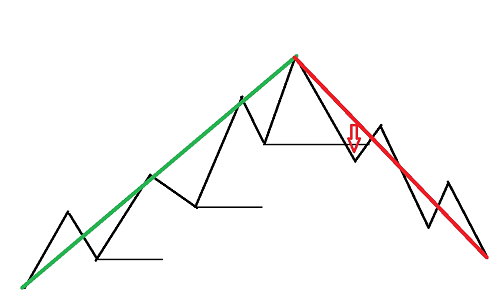 From the moment the last pivot (we can see its higher lows) is broken in the opposite direction, a downward movement will form (see red arrow).

Identification and cataloging of market scenarios

We can consider three possible types of scenarios:

Here we can see how the upward segment (blue in color) is encompassed within a larger structure, which indicates that, being formed within it, it is considered contractive.

To validate this contract scenario, the price must have a subsequent retracement, which must be between 23.6% to 76.4% (lower or higher retracements, although they are feasible to calculate an attractor, in a contract scenario will not be considered).

In this scenario, unlike the contract scenario, a part of the price segment (blue in color) has broken the pivot of decreasing maximum, but the entire segment is not entirely outside the pivot.

In this scenario, the entire structure is outside the last segment of the bearish pivot, as opposed to the breakout scenario.

Once the 3 types of scenarios have been identified and cataloged, we turn to the concept of temporary adjustment by N candlesticks of the price segments.

This management of the temporal distance is essential and, therefore, it is important to take into account the following clarifications:

This last note allows us to go to the last section: the cycles

This last rule is the generator of the entry (trigger) and is based on the use of an Ehlers indicator known as Sinewave.

If in NinjaTrader we place this indicator on the price chart in which we are trading, we will see that a separate window opens with the cycle lines called Sine and Lead Sine. We can reduce this window, because we are not going to use it.

What will be very useful for us will be the support and resistance Dots that will be generated in the price window.

An example of how it would look would be the following:

We see that with its application we obtain the supports and resistances, in green and red respectively.

Normally when adapting this tool to the graph, we will see a nonsense of supports and resistances, in which some will work but others will not. In general, its best behavior is located in contractive or lateral price states.

But I recommend not to waste time using it in strategies since the strategies that you design with it will give you some loser backtests.

However, everything changes, when a second-order hierarchy is assigned and conditioned to a modeling temporality of the price, hence the importance of the previous precepts.

Let’s look at a breakout pattern sequence: We have identified a segment, in this particular case a bullish move. We start from the basis that the strategy that is being used (each user will have their own) finds a breakdown scenario in which we look for an optimal entry timing, but we do not know where exactly it may be.

In that case we apply the N candlesticks precept to make the adjustment, which would be as follows:

We verify it by measuring that segment to obtain N = 34 candles:

Then we apply the N = 21, first to the past price. Where we get N = 21, we look at the closing price of the resulting candlestick and label it as the attractor zone: 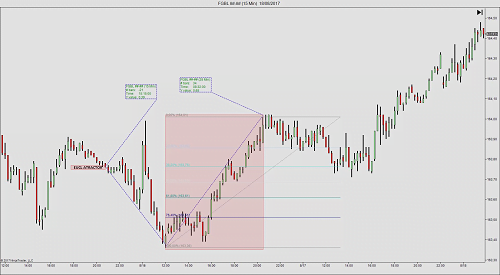 From this closing level we generate a horizontal line into the future:

We apply the Sinewave to the price chart  to generate the support or resistance zone: 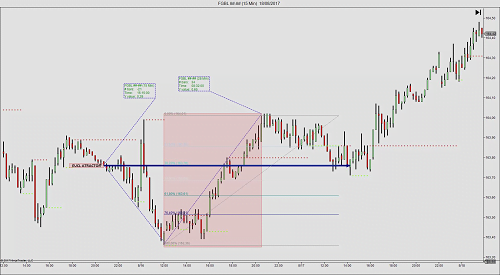 And we will obtain an area in which the price must converge, which must collide and rotate in that attractor and also a Sinewave support must be generated:

This generates an optimal entry timing.

In any case, it should be remembered that all the precepts and regulations must be scrupulously followed.