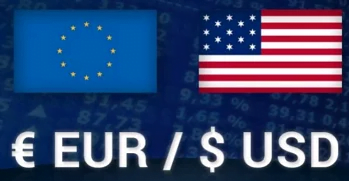 In trading, there are many investment possibilities, one of them is speculation through CFDs in the Forex market, where the Euro vs. Dollar cross (EUR/USD) is one of the most valued now by traders and investors around the world.

The euro and the dollar are the most influential currencies in the market since they correspond to two great economic powers such as Europe and the United States. It should be noted that in Europe there are 19 countries that have the euro as their currency.

Before investing or trading, it is essential to be very clear about some concepts in order to follow the investment strategies in the best possible way and avoid risks to a greater extent, therefore, at ForexDominion we bring you all the information and basic concepts related to the Euro Dollar currency pair.

Currencies are treated as assets because they are forms of money that have a value and are from other countries, and may have a value relative to our country’s currency. Depending on the interest that market participants have in a currency, the market will begin to move as well, since buy and sale transactions are carried out every day, causing the price of currencies to fluctuate.

The type of currency with which people must trade will depend on the country in which they want to carry out their transactions. For example, if a businessman wants to invest or do business with a company in the United States, he must acquire US dollars. Interest in a currency makes it appreciate or, on the contrary, depreciate, just like in the shares in the stock market.

What are currency pairs?

Also known as crosses, they are sets of two currencies that show the exchange rate or value of one currency in terms of another. This is an essential concept in the financial world. The foreign exchange market is where people can find out the official price of one currency against another.

To know how to read or write the crosses it is essential to know that each currency has a symbol, for example, the symbol of the US dollar is USD. The symbols of the most important currencies will be displayed below.

What is Euro vs Dollar – EUR/USD?

It is one of the most traded currency pairs in the foreign exchange market and belongs to the category of major pairs where the most influential currencies in the world are found, in this category, there are also other currencies such as: the British Pound and the Japanese Yen.

To understand the relationship between these two currencies and know how to interpret them, it is important to know that 1 Euro is equivalent to N amount of US dollars. To give a little example of the relationship between these two currencies, let us suppose that a broker shows that the EUR/USD has a Bid/Ask price of 1.1050/1.1052, which would be interpreted as: The buying price of 1 Euro is 1.1050 US dollars and the selling price is $1.1052.

At many Forex brokers, people can access this cross-currency through CFD trading operations in the Forex market.

What is the difference between the Euro and the Dollar?

The US dollar was launched in 1792, which makes it one of the oldest currencies, it is the currency of the United States (USA), and although there are other countries that have adopted it, this is the case of Ecuador, Puerto Rico, and Panama. Also, it is considered the world’s reserve due to its economic importance; this currency is regulated by the Federal Reserve.

The impact of this currency worldwide is so great that the main commodities of many countries are valued in US dollars. Most foreign exchange transactions are also performed with the US dollar. It is known as the most important currency in the world so far. The symbol of this currency is $.

The symbol that represents this currency is €. The euro is the currency used in the eurozone, this area is made up of 19 countries that trade with euros, and it is also used by the institutions that are part of the European Union. It is regulated by the European Central Bank and is a newer currency compared to the Dollar, but despite this it has positioned itself as one of the most important in the world. The departure of the United Kingdom from the European Union (Brexit) is one of the examples of events that cause the price of the euro to move.

Where is it possible to trade the Euro vs Dollar pair?

It is very common for people to wonder where to trade the EUR/USD pair, so I will explain the ways you can trade it.

Contracts for Difference or CFDs

With this derivative it is not necessary for people to acquire the assets directly, what is done is a speculative trade on the underlying assets whose result depends on market oscillations. Through this form of investment, investors can carry out their transactions in a variety of markets, including Forex, stocks, indices and even cryptocurrencies. But as we already indicated, this is a speculative instrument where the trader does not acquire the currencies or shares traded.

On the contrary, CFDs are instruments designed specifically to carry out speculative trades on different underlying assets. In addition, thanks to the fact that they are leveraged, investors can carry out their trades without the need to have an extremely large capital, but rather one that fits their possibilities.  In the case of forex CFDs, the leverage offered by some brokers can be as high as 1:500.

Most Forex brokers, regulated and unregulated, offer currency CFDs instead of direct foreign exchange transactions. This is why the trading conditions between different brokers can sometimes be so different.

They are the centers or organizations with physical places where people can exchange the currencies of the countries they require.

The term Forex is the acronym for Foreign Exchange or currency exchange and refers to the foreign exchange market in which the world’s currencies are traded virtually, through platforms that serve as intermediaries between traders and the market. In Forex we can buy or sell a multitude of currency pairs and also allow transactions on the derivative prices they have.

How to trade CFDs on Forex?

Trading CFDs on Forex is possible through multiple online brokers, which allow people to invest their money in speculation transactions on currency market movements, without the need to own the real assets.

Through Forex trading with CFDs, investors have the possibility of speculating on the various currency pairs that exist, with a spread that can be between 0.1 to 2.0 pips depending on the currency pair.

When can you trade FX?

In the Forex market, there are 4 trading sessions that take place in different parts of the world, so due to the time change, it is possible to access the market 24 hours a day. Those sessions are as follows: